I conduct this class online and travel to Mongolia to provide lectures and student advisement onsite.

Annually the Federation of American Societies for Experimental Biology (FASEB)  grants awards for the best experimental biology images made in the U.S. for the year. Only two videos are picked. Click the Federation link then scroll down to see our video that was one of their winners for 2014

1 minute 10 second segment of 30 to 1 Render of Data Set - (30 minute render total). To improve visualization of 60 seconds of data captured in .001 second increments this animation is generated as a 30 minute visualization - an increase from 1,800 frames to 54,000 frames. This is a segment starting at 14 minutes 41 seconds into the animation.

Different types of data streams can also be introduced to manipulate visual representations using the 3D animation program. Additionally there is an unlimited number of different kinds of base visual images that can be developed and used, including more non-representational (symbolic) streams as in this example and representational visuals that depict objects, animals or persons.

Programming assistance by James Willmott of Symmetrix3D who created the plugin used to interpret the datastream.

This project designed, animated and implemented by Clarence Wigfall

Waveform generated from dataset by PhysioTour 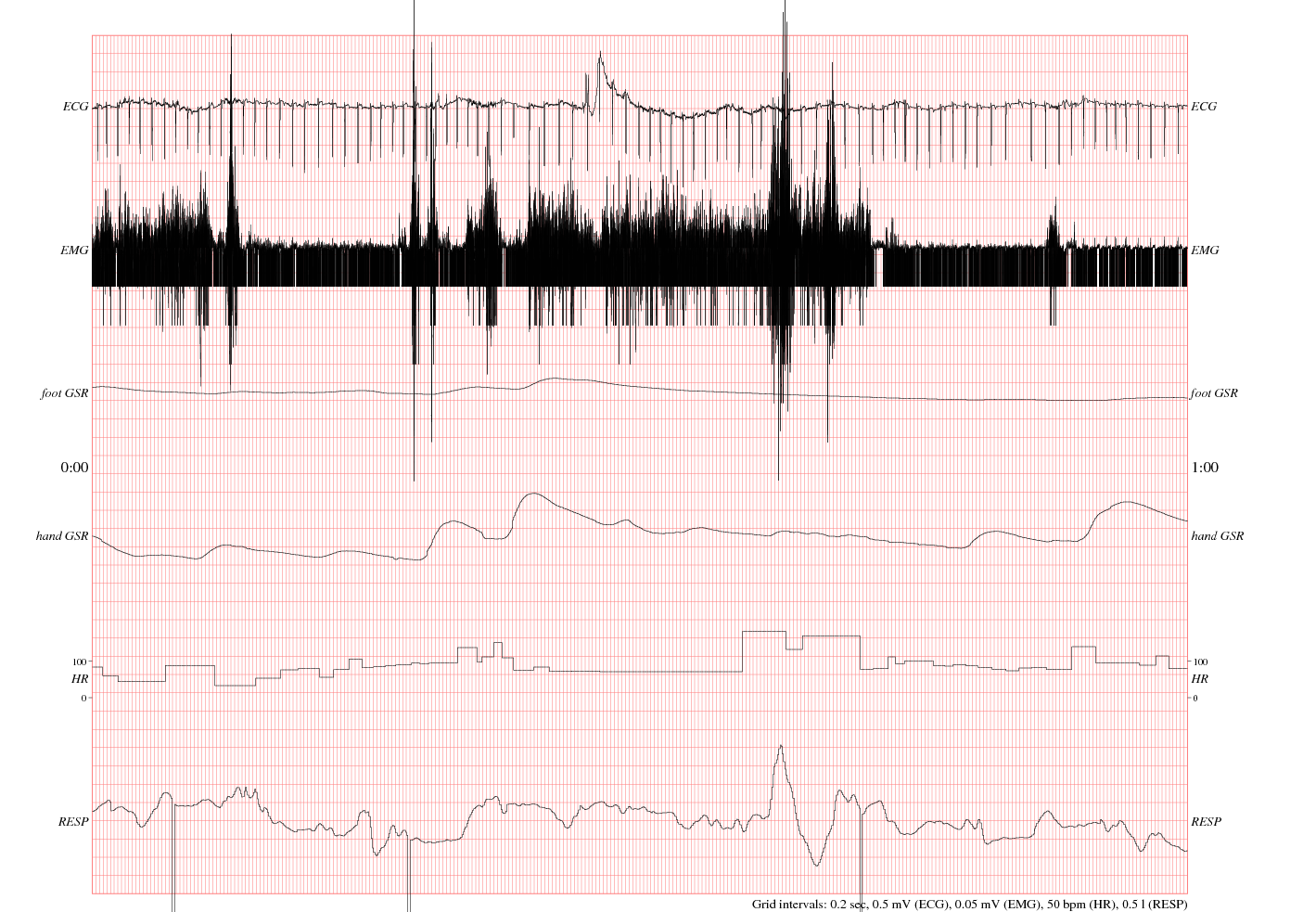 Portion of csv from PhysioTour 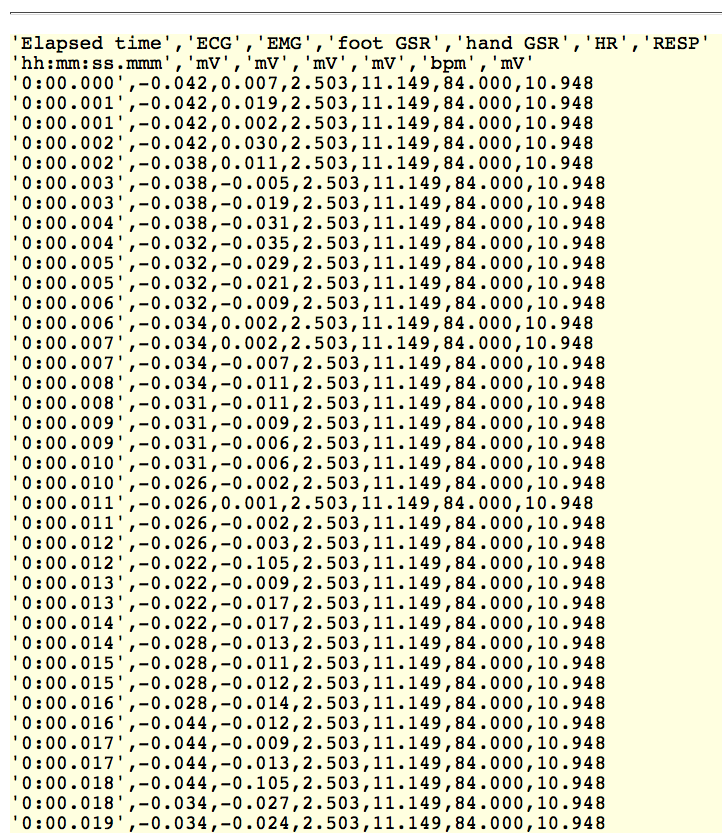 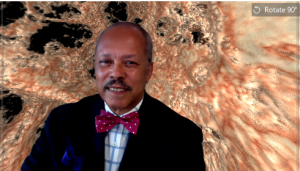